"A Game for Every Body " 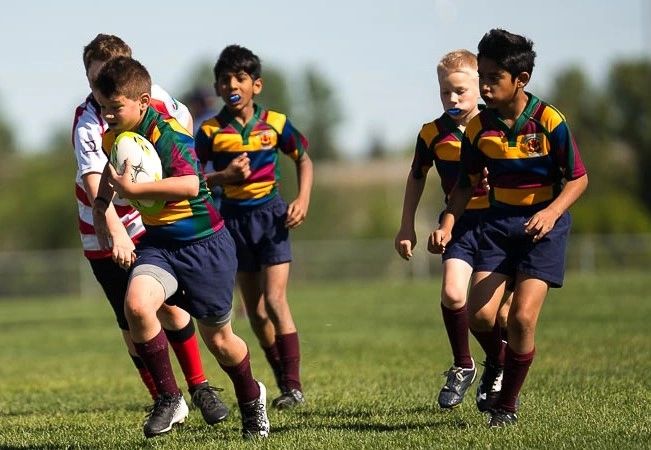 Player Attestation Guide - "How To" (pdf)

How to Register CVAA (pdf)

We support the growth and physical well-being of Boys and Girls through their participation in organized Team Sport.

The Tradition of "The Rugby Spirit"

The Chestermere Vikings Athletic Association adhere to the Core Values of Rugby… integrity, passion, solidarity, discipline and respect … these defining character-building characteristics are unique to rugby. These values are embedded within the World Rugby Playing Charter, a guiding document aimed at preserving rugby’s unique character and ethos both on and off the field of play.

The core values enable players, coaches, parents, administrators & spectators an immediate understanding the character of the games and what makes it distinctive as a sport which is played by people of all shapes and sizes.

Integrity is central to the fabric of the game and is generated through honesty and fair play.

Rugby people have a passionate enthusiasm for the game. Rugby generates excitement, emotional attachment and a sense of belonging to the global rugby family.

Discipline is an integral part of the game both on and off the field and is reflected through adherence to the laws, the regulations and rugby’s core values.

Respect for team-mates, opponents, match officials and those involved in the game is paramount.

In 2016 Rugby Sevens became an Commonwealth Games and Olympic Sport. The World will be playing for Gold again at 2020 Olympic Games in Tokyo. ‘Sevens’ is played increasingly at the grass roots level, but at the elite end of the game are the (men’s) HSBC Sevens World Series and (women’s) World Rugby Women’s Sevens Series for national teams, both of which are staged in multiple countries around the world, like a grand Prix format. Both are also direct qualifying tournaments for the 2020 Olympic Games, with the top four-ranked nations booking their place in Tokyo.

· In the traditional form of the game, players are introduced to the full game of Rugby, the core of the sport. Now they can enjoy all the intricacies of the game and try out different positions in the team. Depending on factors such as age and experience, a player may play in several positions before they settle in one that suits best, and coaches should be prepared to allow this. Hopefully, other clubs nearby will be able to offer fixtures and the steps outlined below offer advice about how to arrange a league.

· Rugby Sevens is now an Olympic sport which will be played at the 2016 and 2020 Olympic Games in Rio and Tokyo. ‘Sevens’ is played increasingly at the grass roots level, but at the elite end of the game are the (men’s) HSBC Sevens World Series and (women’s) World Rugby Women’s Sevens Series for national teams, both of which are staged in multiple countries around the world, like a grand prix format. Both are also direct qualifying tournaments for the 2016 Olympic Games, with the top four-ranked nations in 2014/15 booking their place in Rio.

Because Sevens is played on a full-sized rugby pitch but with less than half the normal number of players (seven against seven, instead of 15 against 15), there is a large amount of space to run in. This makes it a very fast and exciting variation of the game demanding huge levels of fitness.

· 10-a-side Rugby is also played and is usually called ‘tens’. Like in Sevens, there is more space available than in 15-a-side rugby, but there are two extra forwards and one added back. The game uses the same Laws as the 15-a-side Game but with some slight variations:

· In 12-a-side rugby a ‘number 8’ (hindmost player in the scrum) and a full-back are further added as another step in the progression from 7-a-side to 15-a-side. This variation can be useful to a coach who has a squad of 16 or 17 players. With a number 8, the players can be introduced to the idea of having a back-row player to provide, for the first time, a link between the forwards and backs.

Other Variations to the Game of Rugby include…

Flag rugby is a non-contact, fast-moving game that is suitable for adults or children, and for boys and girls to play together. Its safe, non-contact nature makes it ideal for youngsters coming into the game. FLAG belts replace tackling. Teams are seven-a-side with a preferred gender mix of at least three boys and girls playing at one time. The basic rules include:

Our Programs consist of Teams in these Age Grades

The competition structure is created by the Calgary Rugby Union, the Alberta Junior Rugby Association and Rugby Alberta in conjunction with Rugby Canada's development plan.

This Structure is for the 2020 Season

We Acknowledge and Thank Our Sponsors for their Support

Click on their Logo for information about their Services

Have a question about our Programs Send us a message, and we will get back to you as soon as we can.